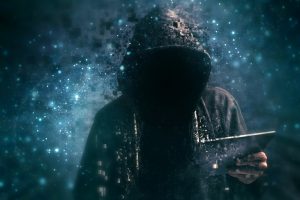 Two recent decisions by two different federal courts interpreting “Computer Fraud” insurance coverage reveal the limitations of cyber insurance in a rapidly changing cybersecurity landscape. Two businesses fell victim to fraudulent email tricks (known as “spoofing” or disguising an email to look as if it came from someone else) and ended up sending large amounts of money to unknown third parties, who quickly disappeared. Both turned to their “Computer Fraud” insurance coverage, and despite the apparent similarities in their claims and insurance policies, one court determined that the claim was covered while the other court did not. In the end, specific facts of the claims, slight differences in policy wording, and even the forum in which the cases are heard, can be the difference between a covered claim and a large cyber loss borne by an insured business.

In the first case, Medidata Solutions fell victim to a spoofing scam in September 2014. See Medidata Solutions Inc. v. Federal Ins. Co., No. 15-CV-907 (S.D.N.Y., July 21, 2017). As part of the scam, a third party was able to send multiple Medidata employees emails that looked like they came from the company president, even including his picture in the “from” field. The initial emails notified an employee in the finance group to expect a phone call from an outside attorney. An employee later received such a call, requesting that she initiate a wire transfer. The employee notified the scammer that she needed approval for such a transfer from the company President, Vice President and Director of Revenue. The Vice President and Director of Revenue then received a second fake email from the President, again displaying his correct email address and picture in the “from” field, instructing them to approve the wire transfer. On this instruction, the executives approved the wire payment of $4.7 million. A second attempt was made four days later, but this time the employees noticed that when replying to the President’s e-mail, a “suspicious” e-mail address appeared in the “Reply to” field. A new email to the President revealed that he had never sent any of the authorizing emails, and the company contacted the FBI.

In the second case, a hack at American Tooling Center (“ATC”) followed a similar course. See American Tooling Center, Inc. v. Travelers Cas. & Sur. Co., No. 16-12108 (E.D. Mich., August 1, 2017). ATC, a tool and die manufacturer out of Michigan, subcontracts some of its project to a Chinese vendor YiFeng. The standard practice was for YiFeng to submit invoices for completed work to ATC by email, which ATC paid by wire transfer. In March 2015, ATC contacted YiFeng for a list of outstanding invoices. The reply email told ATC to send wire payments for several legitimate outstanding invoices to a new bank account. The reply had come from a third party, who was able to make the email look as if it had come from YiFeng, as had been done in Medidata. ATC wired $800,000 to the new account, which promptly disappeared.

Both companies submitted claims for their losses to their insurance companies, and both claims were promptly denied. Both insureds filed suit in federal court – Medidata against Federal Insurance Company in the Southern District of New York and ATC against Travelers Casualty in the Eastern District of Michigan.   There their fortunes diverged.

Medidata’s policy with Federal was labeled a “Federal Executive Protection” policy. The policy contained a “Crime Coverage Section” that included subsections for “Computer Fraud Coverage,” “Funds Transfer Fraud Coverage,” and “Forgery Coverage.” The “Computer Fraud Coverage” provided coverage for the “direct loss of Money, Securities or Property sustained by an Organization resulting from Computer Fraud committed by a Third Party.” “Computer Fraud” was defined as “the fraudulently induced transfer of Money, Securities or Property resulting from a Computer Violation.” “Computer Violation” was defined as “the fraudulent (a) entry of Data into … a Computer System.” Federal denied the claim arguing that there was no “fraudulent entry of Data into Medidata’s computer system.” Since the emails were sent to an inbox authorized to receive such messages, the insurer argued that the entry of that email to the computer was authorized and therefore the loss not covered.

The court rejected this argument, ruling that the third party sending the email in Medidata was not an authorized user of the company email system, and his fraudulent activity met the standard of a “Computer Violation.” The court noted that consistent with earlier New York precedent, the policy provided coverage for “fraud where the perpetrator violates the integrity of a computer system through unauthorized access” but did not provide coverage “for fraud caused by the submission of fraudulent data by authorized users.”

Federal also argued that there was no “direct nexus” between the fraudulent email and the wire transfer, as the policy requires a “direct loss … resulting from Computer Fraud.” The court disagreed with a Fifth Circuit ruling in Apache Corp. v. Great American Ins. Co., 662 F.App’x 252 (5th Cir. 2016), that had denied coverage for a scam that included spoofed emails because the loss was not directly tied to the Computer Fraud. Instead, the court ruled that the “Medidata employees only initiated the transfer as a direct cause of the thief sending spoof emails posing as Medidata’s president” and therefore the loss was “directly” tied to the fraud (and despite the fact that the scheme also included at least one phone call).

ATC argued many of the same claims to much different results. The Travelers policy covered “computer crime” with the provisions stating “[t]he Company will pay the Insured for the Insured’s direct loss of … Money, Securities and Other Property directly cause by Computer Fraud.” “Computer Fraud” is defined as “the use of any computer to fraudulently cause a transfer of Money, Securities or Other Property from inside the Premises … (1) to a person … outside the Premises …; or (2) to a place outside the Premises ….” As in Medidata, the insurer argued that the loss was not a direct result of the fraud. The ATC court, in contrast to the Medidata ruling, highlighted that between receipt of the fraudulent emails and the wire transfer, the insured had confirmed the production milestones that justify payment, authorized the transfers and initiated the transfers. These “intervening events” were relied upon to find that the transfers were not the “direct” result of the fraud. The ATC court relied on a prior Sixth Circuit ruling that had held the word “directly” meant “immediate” and “without anything intervening” under Michigan law. Of course, the Medidata employees had done much the same thing, and yet there the court held that the loss was a direct result of the fraud.

The ATC court attempted to distinguish the Medidata ruling by claiming that the policy language of the two policies were different, and that Medidata’s coverage did not have the “directly caused by Computer Fraud” language. Medidata’s policy did require the “direct loss of Money,” but it did not reuse “directly” again before the term “Computer Fraud.” The differences in the policy language appear to be ever so slight, but that difference appears to have been determinative in the coverage (or lack thereof) of the claim.

The Michigan court’s holding in ATC would appear to severely restrict coverage for a most common method of computer fraud, and require, without specifically saying so in the policy, that coverage only exists if the fraudulent party reaches into an insured’s account and removes the funds itself. But of course that’s not how con artists work. You only have to remember the final scenes of “The Sting,” where Doyle Lonnegan hands over his cash to bet on a sure thing. Had Lonnegan made his bet in Detroit rather than New York City, he would have lost a second time.

Computer Fraud is a quickly changing problem, with scammers showing new methods of stealing, swindling or holding data hostage seemingly every month. The victims include television networks, hospitals, online retail providers and governments. In fact anyone using a computer network is susceptible, even the NSA.

Engaging your insurance brokers in a conversation about the types of fraud that appear in the news is the first step, but that is not enough. Understanding how Courts treat various insurance clauses must be taken into consideration as well.   Coverage should not be narrowly tailored to address last year’s problem.   Rather, it should be negotiated to cover current scams, taking into account recent insurance decisions as well. Understanding how computer fraud coverage interacts with other types of cyber crime policies is also essential, because as these types of coverage mature the Courts can severely limit their application in the real world.

Finally, at the point of claim, businesses often get conflicting or incorrect advice concerning coverage. How claims are approached makes a big difference in whether they are ultimately covered or not, and an understanding of the law is critical to maximizing coverage. Getting a claim reviewed by experienced coverage counsel early in the process gives the insured an independent analysis taking into account the latest developments in coverage law, even those decisions that are not necessarily about the same types of coverage at issue but that can be critical in determining coverage.