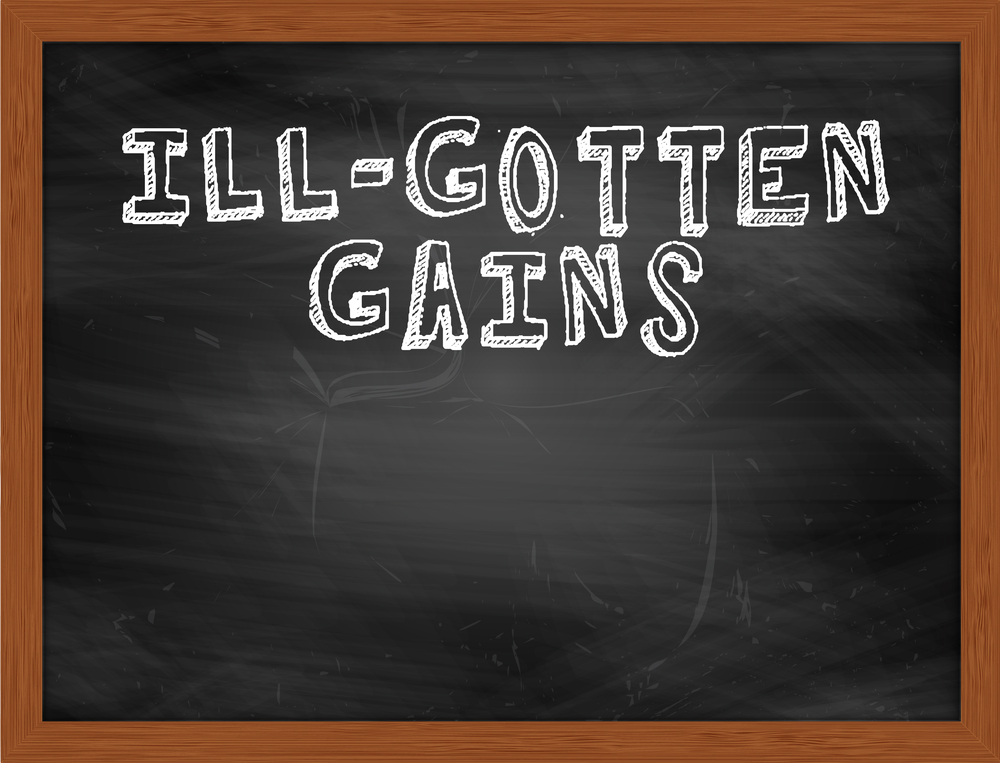 Coverage for restitution, or disgorgement of so-called “ill-gotten gain,” is perhaps the most prevalent issue in the world of directors and officers (D&O) insurance, today.  Years back, the Seventh Circuit Court of Appeals attempted to limit the scope of insurance coverage by declaring that “loss” within the meaning of an insurance policy does not include restoration of ill-gotten gain.  Level 3 Communications v. Federal Ins. Co., 272 F. 3d 908 (7th Cir. 2001).  The court reasoned that insurance policies should not “insure a thief against the cost to him of disgorging the proceeds of the theft.” Id. at 910.  In the years following Level 3, courts expanded this notion, proffering that restitutionary loss in uninsurable as a matter of law or public policy, even in instances where a policyholder acted negligently or otherwise in the absence of culpability.  Insurers, emboldened by the judicial support, began to routinely deny claims, simply taking as a truism the notion that any relief label “restitution” or “disgorgement” must be uninsurable as a matter of course.

Restitution or Disgorgement of Ill-Gotten Gains Is Insurable

Policyholders, for good reason, fought back; and numerous courts have chipped away at the misguided assumption that “restitution” or disgorgement is not, and cannot ever be, covered by insurance.  For instance, in J.P. Morgan Securities Inc. v. Vigilant Ins. Co., 992 N.E.2d 1076, 1082 (N.Y. 2013), the Court of Appeals of New York rejected an insurer’s argument that an SEC order requiring “disgorgement” of profits was uninsurable.  Rather, the court looked beyond the government’s label, and held that an insurer must demonstrate that the relief at issue actually represents the return of illicit profits retained by the insured to be insurable.  Id.  Likewise, in Burks v. XL Specialty Ins. Co., 2015 WL 6949610 (Tex. App. Nov. 10, 2015), the court rejected the insurer’s argument that settlement of a claim seeking restitution was uninsurable as a matter of law in the absence of an express finding that the settlement amount, in fact, represented the return of ill-gotten gain. Id. at *9. The same conclusion was reached by the court in U.S. Bank Nat’l Assoc. v. Indian Harbor Ins. Co., 68 f. Sup. 3d 1044, 1050 (D. Minn. 2014).  Going further, the Arizona court, in Cohen v. Lovitt & Touche, Inc., 308 P.3d 1196, 1200 (Ariz. Ct. App. 2013), flat rejected the notion that state public policy law prohibits insurance coverage for restitutionary payments.  And, finally, last month, a Delaware state court rendered yet another decision on the issue of insurability of restitutionary payments furthering bolstering corporate policyholders’ claims for coverage.  See TIAA-CREF, et al v. Illinois Nat’l Ins. Co., et al., Case No. N14C-05-178 JRJ CCLD (Del. Sup. Ct.) (“TIAA-CREF”).

The underlying lawsuit at issue in TIAA-CREF involved clams by participants in the defendant’s investment services that TIAA-CREF failed to pay participants certain “TFE gains” between the order date and the processing date in connection with withdrawal or transfer requests.  Ultimately, the claims were settled, with express denial of liability provisions.  TIAA-CREF sought insurance coverage for the settlement, but its insurers denied the claim, arguing, among other things, that the settlement payments were uninsurable as disgorgement of ill-gotten gain under New York law.  The court, however, disagreed.  The court dug deeper into the issue than prior courts to examine the actual nature of disgorgement.  It noted that disgorgement is defined as “the act of giving up something (such as profits illegally obtained) on demand or by legal compulsion,” and that the New York Courts have elaborated that the purpose of disgorgement “is to deprive a party of ill-gotten gains and to deter improper conduct.”

Based on this, the court determined that the relief at issue in TIAA-CREF was not uninsurable, pointing to two factors.  First, the TIAA-CREF lawsuit was settled after lengthy litigation and with an express denial of liability by TIAA-CREF.  Second, neither the SEC nor any other governmental agency was involved in the underlying action.  The court reasoned that a settlement in private litigation – particularly a settlement absent any finding of liability –is different than a governmental order to return funds, particularly where there is no conclusive link between an insured’s alleged misconduct and the payment of money.  At bottom, the court determined there simply was basis to conclude that TIAA-CREF had acted wrongfully, or that the settlement payment at issue triggered the public policy concerns behind the notion of disgorgement.  According to the court, the settlement, therefore, was covered by insurance.

The issue of insurability of restitutionary settlement payments arises in many contexts, from securities litigation to governmental investigations to whistleblower actions and more.  All too often, insurers deny these claims as a matter of course using  dated and improper judicial reasoning as support.  This approach supports the insurance industries overall belief that it is proper to sell policies covering these kinds of damages, but when a claim is presented, if is equally proper to deny coverage.  Restitution or disgorgement damages, as a general rule, are covered by insurance.  But, it took some time for the tide to turn.  Corporate policyholders have been successfully tearing down the “wall of uninsurability” brick-by-brick, and successful challenges to the so-called restitution and disgorgement defense are now the norm.  As a result, companies  no longer need to accept improper coverage denials based on this outdated defense.