Last week, Managing Partner Brian Friel talked about the importance of property and business interruption insurance.  Today he gives a deeper dive with a real world example from one of our clients, Capsugel, Inc., a major life sciences company based in New Jersey with operations around the world. In this video, Brian talks about the devastation to one of Capsugel’s major production facilities outside of Bangkok, Thailand caused by the massive flooding in that country in 2011.   Despite having a classic excess tower of coverage of over $100 million insuring its manufacturing investments in the region, when it came time to file a property and business income claim, Capsugel’s insurers balked at having to cover the full losses, relying on a fundamental misreading of the policies as well as a bad faith attempt to retroactively change the terms and conditions of the policies.

The Capsugel case is a perfect example of how Miller Friel’s experience and focus leads to results for our clients, or as Brian put it, “Miller Friel at its best.” We initially attempted to resolve the claim through negotiations, and appraisal and quantification of damages with the assistance of forensic accountants.  When it became clear that the insurers weren’t interested in a good faith adjustment of the claim, the Miller Friel team increased the pressure on the insurers, leading to the filing of a lawsuit in federal district court in New Jersey, which ultimately resulted in a very favorable settlement for Capsugel.  Because of our experience resolving and litigating claims against the insurer’s in the Capsugel program, the insurers knew they were in for a tough court battle with full policy limits and litigation attorneys’ fees at stake, and possibly bad faith and punitive damages exposure as well.

Listen to Brian’s story, the details are fascinating, and if you have any questions, please don’t hesitate to give us a call. 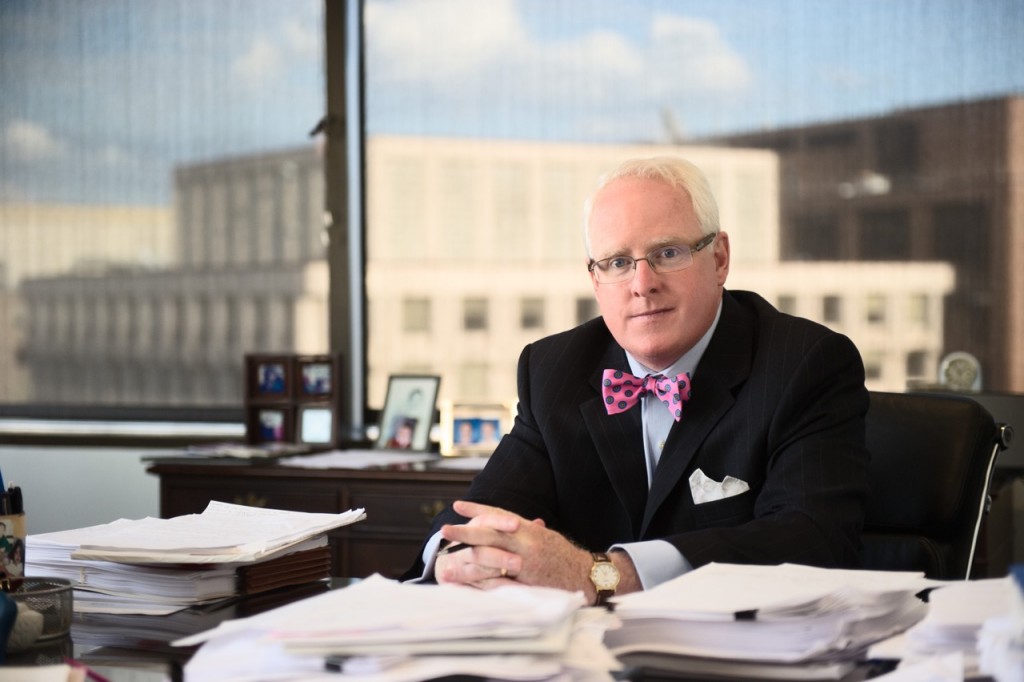 Below is a transcript of the video:

Back in 2011, we dealt with one of the largest ever property damage and business interruption claims.

We dealt with a very very substantial, one of the largest property business interruption claims beginning in 2011. Our client was a company that was formed in August 2011 it was a division of Pfizer pharmaceuticals, one of the largest companies in the world. This division was acquired and spun off essentially from Pfizer and became a stand-alone company in August 2011. The company was called Capsugel  They were based in Morristown, New Jersey. This company with multi billion dollars of revenue, 3,000 employees, operations in at least 15 countries around the world. One of their major production facilities is outside Bangkok, Thailand. If you remember back in 2011, Thailand had unprecedented flooding, catastrophic flooding which effected this industrial park where this client was operating. So essentially beginning in the summer of 2011, there was about 12 to 20 feet of floodwaters, up to six months which was submerged all this equipment all very very expensive high tech very precise equipment used in life sciences field. It was basically a complete loss. We had a loss of facilities, loss of the equipment and loss of store product. The claim value on this was well north of $100 million.

Here’s the good news, they had this company, our client Capsugel, had a series of property interruption policies well over $100 million. So we thought when we received a call from the client, this is just going to be just a matter of processing it and quantifying the loss. We had to show them the receipts. We had to get an accountant to know how much income was going to be lost. So there’s some complication with all of that but really a quantification exercise not an insurance coverage exercise.

Well, the insurance carriers had a different view. They pointed to a provision in the policies which basically said, there’s $100 million of coverage available, except if your facility is located in a flood zone that’s identified, that’s a very precise definition, that’s identified on a map that is produced by FEMA the Federal Emergency Management Agency here in the United States. And a designated flood zone with certain designations like or A, AO or AE, things like that. And it’s on a flood map,therefore you are not going to be entitled to $100 million of coverage you’re going to be entitled to only $20 million. But this definition also said, this is what the carriers were pointing to, not only is it FEMA and FEMA maps and FEMA flood designations but it did say or the foreign equivalent of FEMA and the FEMA maps. So you’ll probably guess the next thing, Thailand does not have an equivalent of FEMA. There is no Federal Emergency Management Agency or anything remotely close to it in Thailand. The Thailand government has never done flood mapping of the country, ever. There are no flood designations in Thailand, anywhere. We bring this to the attention of the insurance carriers and they come back and say we don’t agree. We’re not paying $100 million, we’re paying a maximum of $20 million. We then find out that some of these carriers were lobbying Thai officials to retroactively change the law and retroactively go back and maybe come back with some flood maps. So that they could retroactively designate this facility, which would be the foreign equivalent of a FEMA, a flood designation. Well, you can imagine how we felt about that type of lobbying by our insurance carriers. Did not go over very well. So we reached an impasse, the insurance carriers were taking very extreme positions, in light of very clear language policy and with the amount of money at steak in that was a situation, we had one option. We ended up filing a lawsuit against the whole series of insurance carriers in the tower, for the full $100million plus of insurance proceeds.  We filed in a federal court in New Jersey. Within three months we had a settlement.

I cannot disclose the amount of the settlement but I can tell you it was a very fair settlement that was very favorable to our client. So again, it’s really an example of the importance of and let me tell you, a company that’s fairly new, just came out in August 2011, dealing with this issue, to have access to tens of millions of dollars of insurance money to help pay for this loss was just incredibly important to them. Particularly given their stage in their corporate formation in life. But I think this example and this client of ours, really shows Miller Friel at its best. Trying to negotiate and trying to be reasonable but aggressive, but being reasonable with the carriers. Trying to come up with a solid business resolution to this issue and when we couldn’t reach that compromise, that we considered fair and reasonable, we backed it up and we followed suit. We showed them we were ready to go all the way through trial and they quickly folded and we reached a settlement. And I think that really shows a lot about Miller Friel and what we bring to our clients.