In this video, we introduce Ernie Edgar, General Counsel for Atkins North America.  From performing architectural, civil and structural engineering work on the 56 story Burj Al Arab super luxury hotel in Dubai, to providing engineering and design work for the Queen Elizabeth Olympic Park, in London, Atkins is one of the world’s most respected design, engineering and project management companies in the world. 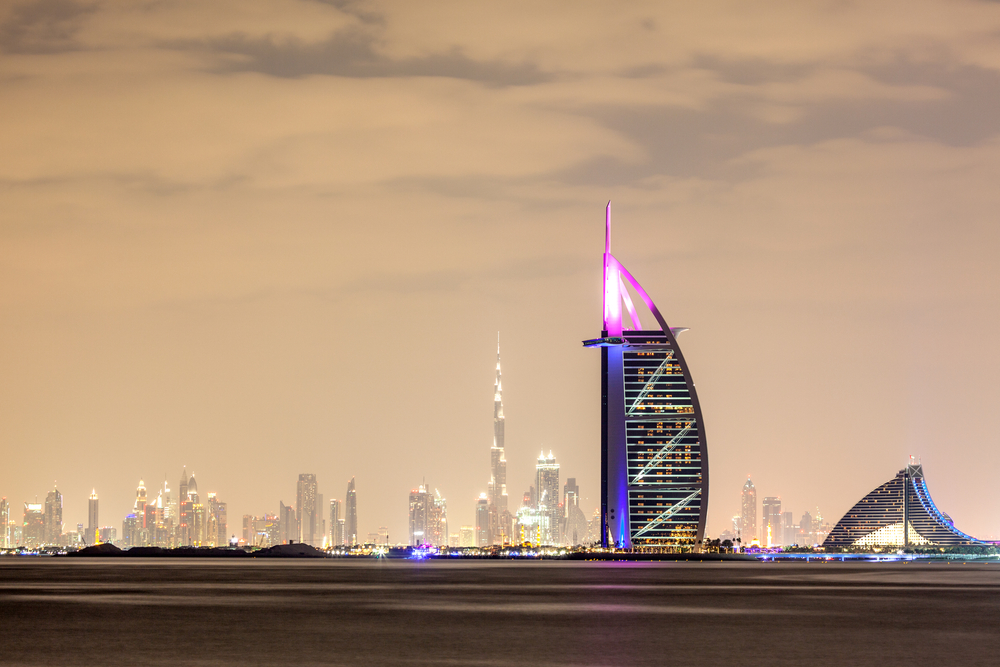 Ernie discusses the debilitating and costly nature of governmental investigations.  Facing an FCPA investigation, with the future of the company at stake, Atkins did what most companies would do.  They hired some of the world’s best lawyers to defend the company.  Atkins’ situation was not atypical.  With legal bills from multiple prestigious law firms and sizable E-discovery costs, the cost of defense and investigation was enormous. This expense, however, was not only typical, but it was also necessary and justified. 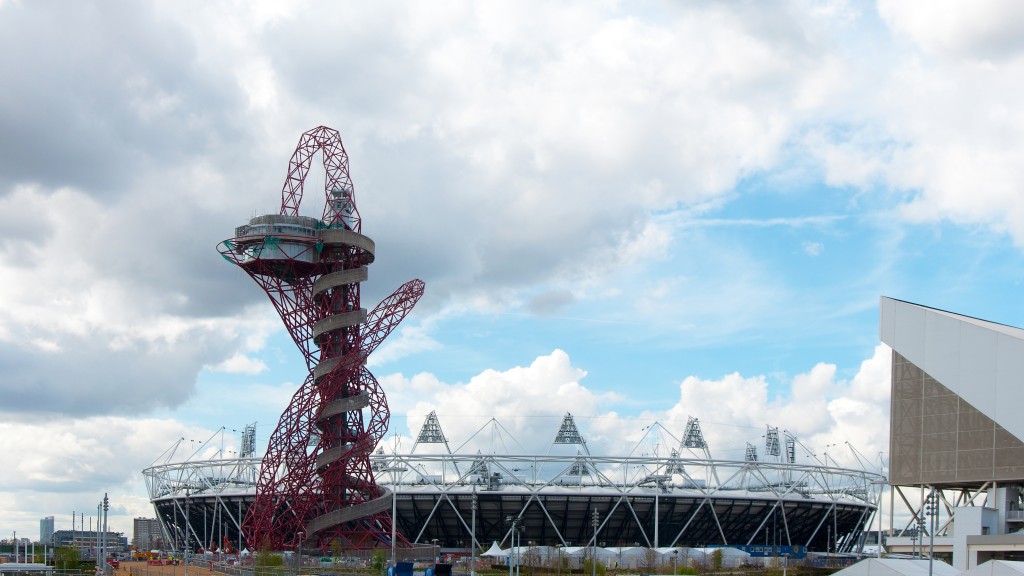 The positive impact Miller Friel’s efforts had for the company was enormous.  Ernie comments on the professionalism of the proceedings, stating, “this was one of the utmost professional outcomes that I have ever seen.”   As far as results, Ernie could not have been more pleased, stating,

“Miller Friel has achieved outstanding results for us.  They understand the law and the business imperatives behind each case and then effectively advocate for their clients with skill and passion.  In my experience, they are the best insurance recovery firm.”

These kind words from a trusted client exemplify our approach to resolving the some of the most important and complex insurance recovery disputes faced by corporate policyholders.  If you have any questions, please give us a call at 202-760-3160.

We have included the transcript of the video below:

My name is Ernie Edgar. I’m general counsel for Atkins North America, which is a subsidiary of WS Atkins PLC, a publicly listed company on the London Stock Exchange. We do architect, engineering and project management for some of the most iconic projects around the world.

In 2010 we were acquired by our UK parent Atkins, and at that time we had a problem and that problem was a foreign corrupt practices act investigation arising from projects that we had begun working on in the Middle East.

Mark and his team have worked with my company for many years even predating my arrival at the company, and as Miller Friel the very first thing they did for us was pick up the phone and call and ask about whatever happened to that recovery, did the insurance company ever come back to you? After a little bit of research we realized that for reasons that to this day really aren’t understood, the carrier just kind of lost the thread on the case.

They had their eye on that ball when I, as the in-house counsel, and I’m not an insurance coverage specialist by any means, I had really no idea the impact this would have for us in a positive way. But Mark did. He and his team had their eye on that ball. They understood the stakes for us and what it could mean for us, and by simply picking up the phone and asking the question they opened up an avenue to us that was essential to our performance over the last several years.

We worked with our carrier and its counsel over a period of months trying to negotiate the various issues, and it became fairly clear that we were not going to be able to resolve that in any kind of face-to-face negotiation. So, Mark and I embarked on a process of taking it to mediation, finding a mediator that both sides felt like could help us resolve this issue.

There was a lot riding on it from my perspective as the in-house counsel and representing the business, and there were hard questions that had to be negotiated through the mediator about responsibility and liability on our side as the insured, on their side as the carrier. Neither side was interested in litigation, and obviously that is the last resort. But Mark and I working together put together a plan where we had to educate the carrier and its counsel and then work to a resolution process that ran short of litigation.

We were successfully able to get them to agree to a mediation. And that mediation was ultimately a success because of the arguments that Mark and his team marshaled, persuaded the carrier and its counsel that if this were ever tested in litigation they had real risk, if not a losing position. And faced with that they agreed to a very favorable resolution, from our perspective.

Because they are specializing and focused on insurance recovery they are able to understand the impact of those questions and the importance of those questions, do the analysis, come up with the arguments that are successful whether it’s in a mediation like we had or going further into a dispute resolution mode such as litigation or something administrative, and get a good result for the client.

I don’t think, frankly, that if we’d had a general practitioner that we would even have known to give notice on this particular policy, let alone that the policy spoke to our needs and that we were entitled to recovery and then to be able to marshal all those arguments, to educate the carrier and its counsel on what we were facing with what has become a relatively new and very highly enforced statue.

In the broadest sense our case was really ground breaking, both for this firm and I think for the insurance bar as a whole, because we were able to demonstrate and the insurance company accepted that they had to cover the cost that we endured for our own internal investigation and our defense cost going forward. And then, as we were able to successfully resolve the case with the government authorities, dealing with the question of how does that settlement play in the context of insurance coverage.

The other part of this that really bears mentioning is you can go to a mediation, you can go to litigation and there is a way that the counsel working on opposite sides feel like they’re being treated by the other side. That can be a very adversarial, personal process, or it can be a very professional process and both as an outside lawyer and as an in-house counsel I’ve seen it kind of all across the spectrum.

What really struck me about how our mediation worked with the counsel and carrier on the other side is it was one of the utmost professional outcomes that I’ve ever seen, and at the end of what was very tough but fair and professional negotiation, there were very warm feelings of professional respect and the carrier wanted to support our business at the end. And I think that’s a testament really to counsel on both sides, but especially to Mark because he had to be the one to initiate this, to carry those arguments through with the opposing side.

It started with face-to-face and letter writing and then culminated in that mediation. But it was absolutely a positive result and has fostered a spirit of corporation between the carrier and Atkins as we’ve gone forward to continue to defend and now settle the outstanding matters.

Substantively, we came to a very favorable resolution. But the cost of doing so was nevertheless painful. And if we had not had the insurance coverage to reimburse those expenses, the North American part of the Atkins enterprise would have really struggled over a period of a couple of three, four years. And that recovery was essential to our ongoing business success as we’ve embarked on new projects, anyone who is in business understands that a loss means that people lose their jobs.

Conversely, the recovery means a lot of good engineers, a lot of good architects, a lot of good project managers and the other professionals who support them are still working at Atkins and still delivering great projects for great clients that make life better across society, whether we are talking about road design, building improvements, water or waste water development. All these things have a social good and a social impact, that’s why our people come to work. And because of that recovery, more of our people are coming to work and that’s an enormous impact on our company and our society.

In short, their advocacy was brilliant, they came up with theories that our coverage counsel and carrier were not familiar with and didn’t understand with regard to FCPA. And at the end of the day, they were able to help us recover millions of dollars in insurance reimbursement that had a material positive impact on our company’s performance and allow us to continue doing what we’re really good at.