Today’s blog post is the third video in a series by Miller Friel attorney Tab Turano discussing the kind of insurance policy reviews that are routinely conducted corporate policyholders.  This video continues with the need for a yearly audit of claims and potential claims as part of the insurance renewal process.  This video focuses on the so-called “notice-of-circumstances” clause contained in standard D&O policies.  This provision affords companies the ability to provide notice of events, circumstances or other potential wrongful acts that, although not currently the subject of any legal proceedings, may later lead to the filing of a lawsuit against the company.  The video highlights, by way of example, the benefit of reporting such potential future claims to D&O insurers prior to policy expiration, and the practical significance of such actions, including the ability to preserve the limits of liability of current D&O policies.

Please watch the video to learn more, or Contact us if you have any questions. 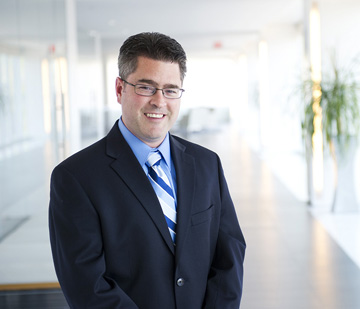 We have included a transcript of the video below:

There’s actually a second notable feature in claims-made and reported policies. These policies typically allow you not only to provide notice of claims, but to provide notice of circumstances or potential claims. The policies basically state that if during the policy period you become aware of a circumstance, an incident, a wrongful act, that although it hasn’t resulted in an actual lawsuit you think that it might later result in a lawsuit, you can provide notice of that incident or that wrongful act to the insurance company, during the policy period. Then, if later on after the policy expires somebody ends up filing a lawsuit against you based on that circumstance or that wrongful act, your expired policy will actually cover that claim. Again, the importance or the value of this might not be readily evident.

Let’s take an example. Let’s say that during a policy period, you engage in an offering of securities and shortly thereafter you hear rumblings from purchasers that they feel you’ve made certain misrepresentations or omissions in the offering documents and so you’ve got some concern that someone is going to allege that you did something wrong, but no one has filed a lawsuit against you yet. Your policy is about to expire. So you provide notice to your insurance company of this incident and you set forth the details. You had a public offering. Here’s what it was about. Here are the types of complaints. Here’s what you’ve heard from purchasers of the stock.

When you provide the insurance company with the reason why you think that a lawsuit might actually at some point in the future be filed against you, if that comes to take place, even if that lawsuit is filed again a year or two years down the road, that policy that you provided notice under is going to cover that claim. And, in this accomplishes a couple of related and important things for you. One, you’re getting coverage for this lawsuit under a policy that no longer exists. It’s no longer a valid policy. It’s expired. Yet, that policy is going to provide coverage for this lawsuit. And, related to that of course, the policy that’s in effect at the time the lawsuit actually is filed, you’re going to preserve the limits of that policy for any future claims that could be filed against you.

So, again, in addition to considering whether or not there were actually claims that have been filed against you during the renewal process that should be reported to the insurance company, also give thought to whether or not there are circumstances, or incidents, or things that you know have occurred during the policy period that could at some point in the future lead to a lawsuit, provide notice of those as well prior to your policy’s expiration. And, if unfortunately something does come of that, you do get sued later on, that policy is going to provide coverage for that action.