A question that corporate policyholders should ask before entering insurance coverage arbitration is whether arbitration is a viable way to resolve a complex corporate insurance dispute. In the not so recent past, arbitration provisions in insurance policies were rare. Now, they are common.   And, language contained in many standard-form arbitration clauses has become even more onerous over time. The reason for this is that Insurance Carriers prefer Insurance Coverage Arbitration over litigation. 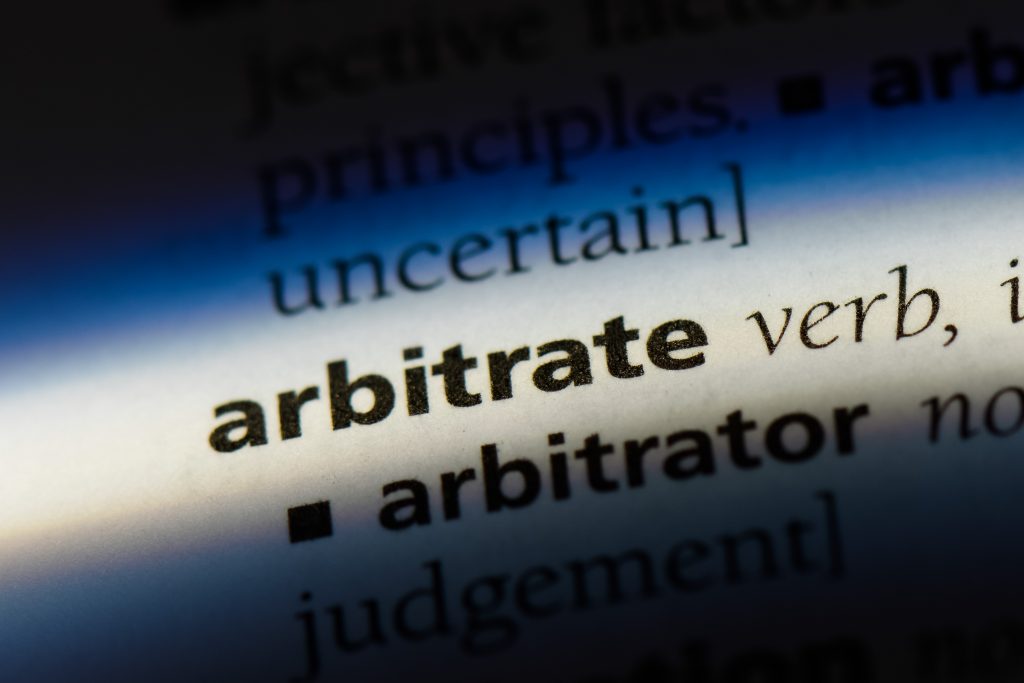 Are Insurance Coverage Arbitrations a Good Option for Corporate Policyholders?

First, lets look at some of the reasons why insurers feel so strongly about arbitration.

To prevail on claims, policyholders rely on powerful policyholder-friendly rules of construction. For example, there is a duty to defend whenever there is any potential of coverage.   Courts and arbitrators should not look to the ultimate outcome of whether the claim is covered. Rather, if a claim has any possibility of being covered, a defense must be provided. Similarly, policy exclusions are construed against insurers and in favor of policyholders, and for an exclusion to apply, there must be no other reasonable interpretation of coverage other than the one offered by the insurer.

It goes without saying that both arbitrators and Courts should follow the law.  If these and other common insurance rules of construction are applied, policyholders have a distinct advantage.

As a general rule, courts follow the law, and if the law is followed, policyholders are typically entitled to coverage. In litigation, if a Court does not follow the law correctly, an appeal may be taken.

Arbitration is a different animal. Review of arbitration awards is limited, and arbitrators are generally afforded more flexibility than courts in fashioning their rulings.  In insurance coverage arbitration, arbitrators may be permitted to evaluate factors that have nothing to do with coverage.  Arbitrators have been known to look at what a policyholder paid for coverage in relation to the value of the claim to determine what the insurer intended as far as coverage. They may also be improperly swayed by insurance industry custom and practice regarding what insurance companies think critical language means, rather than following the legal standard of interpreting insurance policy language.  These factors that arbitrators may be interested in considering cannot be considered in court, as they are legally and factually irrelevant to coverage.

Finally, some arbitrators are reluctant to apply standard rules of construction because these rules of law are designed to render black and white coverage determinations in favor of coverage. Applying these rules to most contested corporate insurance claims can lead to a ruling that the claim is covered.

To cloud the issue, insurance carriers typically raise as many possible defenses to coverage as possible, and push for devaluation of a claim, irrespective of the validity of their so-called defenses. Hence, even if the applicable legal rules mandate coverage, arbitrators can, either intentionally or unintentionally, open the door to legally invalid insurer defenses. Although this does not necessarily lead to an incorrect decision, it unnecessarily complicates the process.

Another problem with arbitration is that some arbitrators have been conditioned to give insurance carriers a pass on bad faith conduct, whereas courts and juries may be conditioned in the opposite direction. Insurance carriers have a fiduciary duty not to place their interests above those of their corporate policyholders. This is an exceptionally hard standard for insurance companies to meet. Pursuant to their responsibilities to shareholders.  Insurance companies are also obligated to maximize shareholder value. One way for insurance companies to increase net income is to limit expenses, which includes limiting payments on claims. These two competing burdens, one to shareholders, and another to policyholders, puts insurance companies in a uniquely difficult place. All too often, it is just too enticing to deny claims for financial reasons, which results in a  breach of their duty of good faith and fair dealing to corporate policyholders.  In the corporate insurance context, these damages can be immense.

Insurance carriers commit bad faith because it is difficult for them to reconcile pursuit of their interests with the idea that they are not permitted to place their interests ahead of corporate policyholders.

Insurance companies hire arbitrators as part of their business.  They are repeat consumers of arbitration services.  They keep track of how arbitrators handle their insurance disputes. They know who is good for them, and who is not, and they are not about to take any chances by proposing an arbitrator who does not pass their internal results-oriented tests.

4)  Some Insurance Arbitration Organizations are Mere Extensions of Insurance Companies

1)  Policyholders should not agree to arbitration clauses in insurance policies;

2)  Policyholders should resist insurance company efforts to arbitrate, unless adequate precautions have been taken to select a neutral arbitrator;

3)  Arbitrators with extensive insurance coverage experience are likely not neutral; the fact that they have been repeatedly selected for insurance matters could mean that they have rendered numerous decisions favorable to insurers; and

4)  Arbitrators with minimal insurance experience are more likely to provide policyholders with a fair arbitration.

A good friend who runs the arbitration group for a major multinational corporation once said to me, “if you get the wrong arbitrator, you lose your case upon selection of that arbitrator, but you will not know it until years later.”  These are sound words to live by.